The absolute majority of SARS-COV-2 data is in the form of assembled genomic sequences. This is unfortunate because any variation that exists within individual samples is obliterated--converted to the most frequent base--during the assembly process. However, knowing underlying evolutionary dynamics is critical for tracing evolution of the virus as it allows identification of genomic regions under different selective regimes and understanding of its population parameters.

Next we fetch fastq datasets for accession listed in current_illumina.txt using Galaxy's wrapper for fasterq-dump located in "Get data" tool section. We also download Genbank file for SARS-CoV-2 reference NC_045512.2. Finally we apply the following workflows to Paired and Single end data, respectively:

After running both workflows the data is combined into a single dataset (variant_list.tsv) and analyzed using in Jupyter notebook.

The Jupyter notebook requires the GenBank file (#1 from above) and the output of the workflow described below.

The workflow produces a table of variants that looks like this:

The variants we identified were distributed across the SARS-CoV-2 genome in the following way:

The following table describes variants with frequencies above 10%:

We use two separate workflows for performing paired and single end data analyses:

Workflow for the analysis of single end Illumina reads < 100 bp

Workflow for the analysis of paired end Illumina reads

We analyze paired end and single end data in separate histories. Next we combine output of the two workflows into a new history where Jupyter analysis is performed. These three histories are: 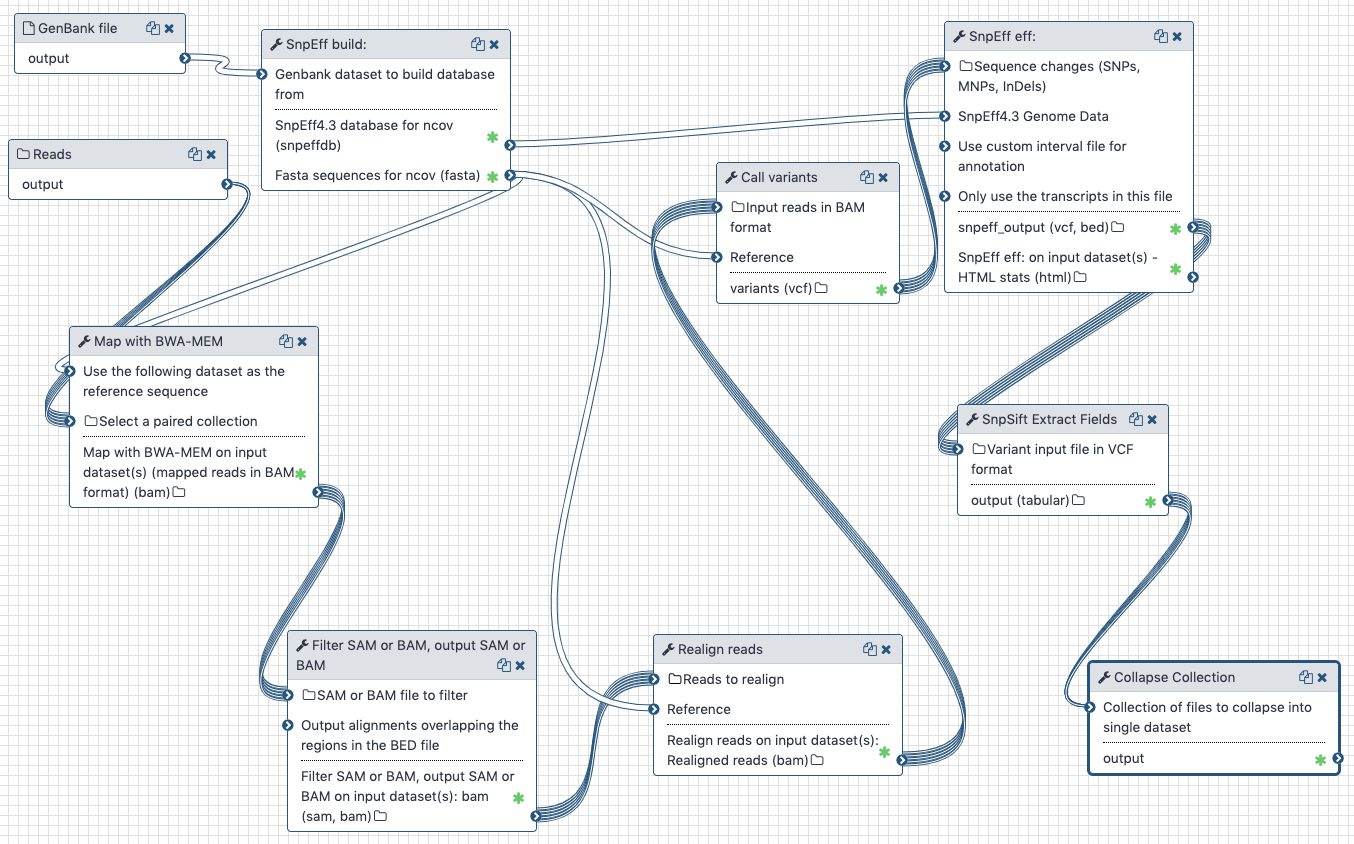